Let’s see, where are we?

I’ve gone through all of the feedback that I’ve received for book 2, and the technical corrections are done — punctuation, spelling, missing words, and the occasional tweaking of a phrase. I also wrote a new (very short) chapter to add a tiny bit of semi-closure to one particular scene.

I have two things left on my list for this draft. I need to do a super-careful editing pass to try to catch additional typos, punctuation problems, and issues with tenses. I also need to look at how I might restructure the ending a bit.

During the first draft, I wrote three chapters that fit together as a natural ending, finishing up with what would be a nice (and by nice, I mean evil) smash-to-black moment at the end of a movie. Except this isn’t a movie, it’s a book, and I talked myself out of it. I added a few more chapters that don’t exactly resolve everything, but they at least touch on a few bits before we fade to black.

I ended up with a bit of a dilemma after listening to the feedback. I have a few possible paths, here:

At this rate, we’ve got four months to go before the title is fully visible! (Ok, ok… we’ll probably speed things up along the way, depending on what release date we end up shooting for.)

I’m torn. My baser instincts really want to let that one chapter hit you over the head and then run away laughing. The rest of me wants to get really bleak before we head into the final book.

On the bright side, the title of the book appears to be a keeper, so the slow reveal that we started a couple of months ago won’t need to be revised in a panic.

On another note… sometimes, life is weird. (Warning: silly story coming up.)

Last week, my youngest and I were playing a certain superhero-themed game that reappeared recently — and by playing, I mean that we were creating characters. And then creating more characters. At one point, he said, out of the blue, “I need to create a plague doctor next.”

I responded (quite reasonably) by shouting, “OMG, we need a plague doctor ARMY!”

After he left, I was still a little obsessed by the idea. I spent a ridiculous amount of time painstakingly creating the best plague doctor costume that I could. Later, I showed it to the spousal unit, who couldn’t figure out what it was, because there’s a law that says that after you spend excessive amounts of time creating something, someone will wander up and say, “I don’t get it.”

If the story stopped here, it would just be a weird little bit of geekery.

Don’t look her in the eye. Seriously.

The next day, I got an update email from Moody Voodies, home of fabulously amazing handmade creepy (and less creepy) dolls. Their dolls tend to sell out very quickly, so they offer advanced notice via their Patreon when they post new ones. Imagine my surprise when the latest doll turned out to be… a plague doctor! Unfortunately, I was too slow — I think the darned thing sold in less than 30 minutes — but happily, they had a few more on the way, and I am now the proud owner of an awesome plague doctor doll. (Realistically, I think that the dolls own me.)

If the story stopped here, it would just be a slightly-more-interesting case of “life’s funny, innit?” I mean, it’s an odd coincidence, but things like that happen, right?

I was in a prolonged state of Squeeeeee! after that, so I sent a link to the site to my oldest (who lives 1,858 miles away from us) and pointed out the not-Sally doll, figuring that his girlfriend might like it. (“Might.” HA. I think “Likes Nightmare Before Christmas” is his primary requirement when choosing dates.) I also mentioned that I’d gotten one of the plague doctors, but I didn’t tell him the whole story.

Is it just me, or does this bear an eerie resemblance to the doll’s mask?

He responded with, “Did I show you my latest tattoo?”

Non sequitur much? I’m used to that, though, so I just said no, I didn’t believe that he had. Then he sent a picture.

So, it’s official — there’s a plague on the way. I mean… that’s the logical conclusion, right?

Not according to some people.

I updated the spousal unit on the whole thing, and he unhelpfully pointed out that these are my kids and my doll, so I’m the one surrounded by plague doctors, which probably means that I’m the plague, but since he didn’t even recognize the term last weekend, he clearly has no idea what he’s talking about, and who asked him, anyway? 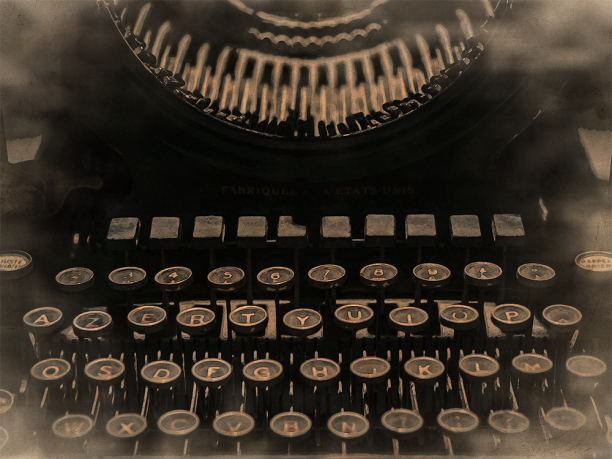